Meet DEA, a singer from Sweden.
She truly loves her job and to back up others has become her lifestyle and passion.
She grew up on a farm in the south of Sweden but at the age of 16 she moved to be able to study music full-time. After two years in Växjö she continued studying jazz and improv for two years at Fridhems Folkhögskola in Skåne.
She moved to Stockholm 1994 to study dance and theatre at Kulturama and Danshögskolan and Stockholm has now been her home for 20 years.
She has been working and touring since then.
2008 she joined the Canadian company Cirque Du Soleil as a lead singer for the European tour of the arena show “DELIRIUM“.

2009-2012 she was working in Las Vegas with Cirque Du Soleil in the show “VIVA ELVIS” where she got to sing and record a duet with Elvis voice. “Love Me Tender” was released worldwide.
https://open.spotify.com/track/3L4vVYk114YD362miXQl6R?si=vQewH5O6R3OoN-tL0H0x6g

From 2012 til 2016 she toured the world with the band Roxette.
“-It is amazing, not only to actually be a part of one of the most successful bands in Sweden but also to be able to see the world, meet the fans from all over and travel to places I would never be able to see otherwise”.
https://open.spotify.com/album/5AjkfsSjEFEyYZ4LJIRWWN?si=s1XhCjF3TQ-8ob6aDjndNQ

2014 she released her own EP “STORM“
https://open.spotify.com/track/7bdACDCq6uyTiW4ShnCk7E?si=SgxV-WGoRVOrgSQPLALexA

2019 she appears on the song Untouchable part 2 with Takida
https://open.spotify.com/album/2aVRXByLh3BMRQYxBgqoqQ

and with STIFTELSEN at Spotify Singles with the song “Håll om mig“
https://open.spotify.com/track/7aok8NqouDCFp2GKem5B6e?si=3QBDHI1-R-SoiB5bRCYjnA

The summertour 2019 with Gyllene Tider “GT 40 LIVE” was recorded at Ullevi.
https://open.spotify.com/album/32HXfN89RbYKMQ1IEMwl5m?si=zSH5r6hZTnSu9O7nhkG_Kw

2019 she celebrates 20 years of back-up vocals in the swedish television broadcast Melodifestivalen
and for backing up 12 songs (Sweden, Malta, Azerbadjan and Australia) in the Eurovision song contest

During the pandemic 2021 she rejoined Per Gessle, the band and Helena Josefsson for the recording of  “Nothing Else Matters” with PG ROXETTE for the album “The Metallica Blacklist”
https://open.spotify.com/track/6eXkbqHmyiJ0IQaPqozRR9?si=39XUyE7eRFSZ9kU-K6CsHg 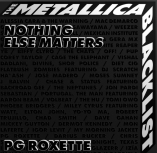 2021 Takida released the album “Falling from fame” where she appears on “In spite of everything“.
She wrote the lyrics/melody on the song “Reclaiming what was mine” on this album.
https://open.spotify.com/album/6A2eDqFadg2Q8J9dgpo4A7?si=F00vm5UmQEKV0uMexwlwzQ